Team Totti excelled again at the Int. Dog Show Schaal der Kempen in Weelde (B). He won Best Junior under Mr J.Wullteputte and later on Best Junior In Show under Mr D. Spruyt. Needless to say that we are extremely proud. 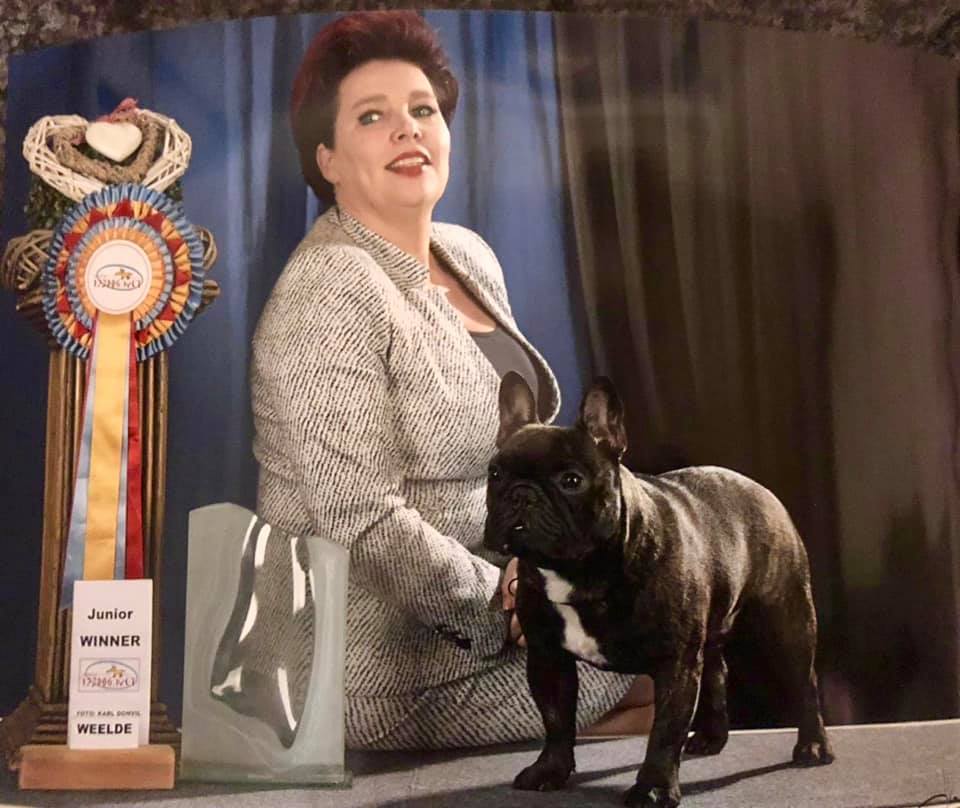 Dutch spring seems to start early this year so we are happy to present our major Spring-Update in February already. The News-section 2018 is updated also and can be found in our archives.

We had a special day today with Bakervill’s Style Mad Max ‘Rolo (Bakervill’s Style Irresistible X Locoloco de la Parure) making his appearance at the French Bulldog of the Year Show 2018 organised by the Dutch Breedclub the H.B.C.

We are realy proud that our boy Bakervill’s Style Mad Max “ Rolo” became 🏆 French Bulldog of the Year 2018 🏆
Judges for this special event:
Wilma Strijbos – NL
Dimitry Alexander van Raamsdonk – B
Piet Roosenboom – B
Of course totally over the Moon with this fantastic result 🙃.

A big congrats to today’s other winners! 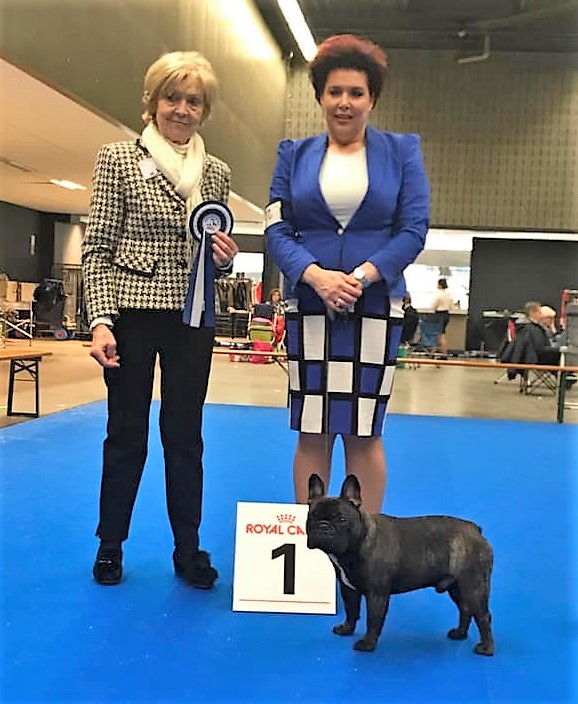 Yesterday on the first Dutch International Dog Show of 2019 our “Totti” did it again. (Ofcourse it was the Tottiteam again) At the age of only 12 months Bakervill’s Style Oh Boy aka “Totti” did a fantastic job. He became WINNER JUNIOR CLASS MALE 🏆 BEST MALE 🏆and BEST OF BREED 🏆and obtained a beautiful 4th placement in the 9th Group under honorable judge Mrs. D. Degryze . Thanks to all Frenchie enthusiasts for their kind words and compliments in regards Totti. We had such a blast with Totti ,we are looking forward to the next shows with him.

Of course we are so very proud we where invited to present our Mambo at the Dutch ‘Elite’ Show: Topdog of the Year 2018
which show is an annual show in the Netherlands every January.

For the 8th time in a row we received an invitation to walk on the green carpet catwalk with an own bred Bakervill’s Style dog. We are really proud of this achievement. 🤩🤩🤩