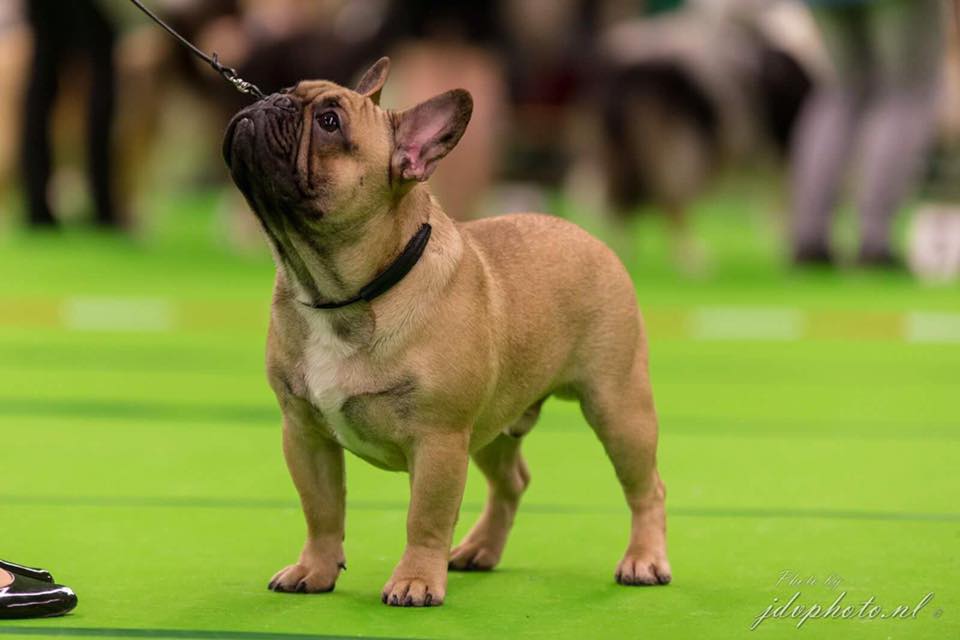 Today on the International Christmas Show in Gorinchem – NL our young boy  ♥ Bakervill’s Style Mad Max “Rolo”  ♥ did a fantastic job. He became Best Youth Class Male and Reserve Best Male at the age of only 9.5 months old. We are realy proud. Rolo is a son of Locoloco de la Parure X Bakervill’s Style Irresistible.
Judged by Mrs. P. Runderkamp from Holland.

Thanx to Jerry de Vries for another fantastic picture

Of course we keep on training the youngsters, so Yesterday on the annual Clubmatch of the KC West-Friesland we got some fantastic results with our youngster Bakervill’s Style Mambo Jambo -Mambo-, judged by Mr. Theo van der Horst – NL. As shown on the pics below, it is obvious that it is important to show-train your dogue at a very young age, look at Mambo showing like a professional show dog 🙂 and how about bonding with her handler, well just lovely, no more words needed ♥ 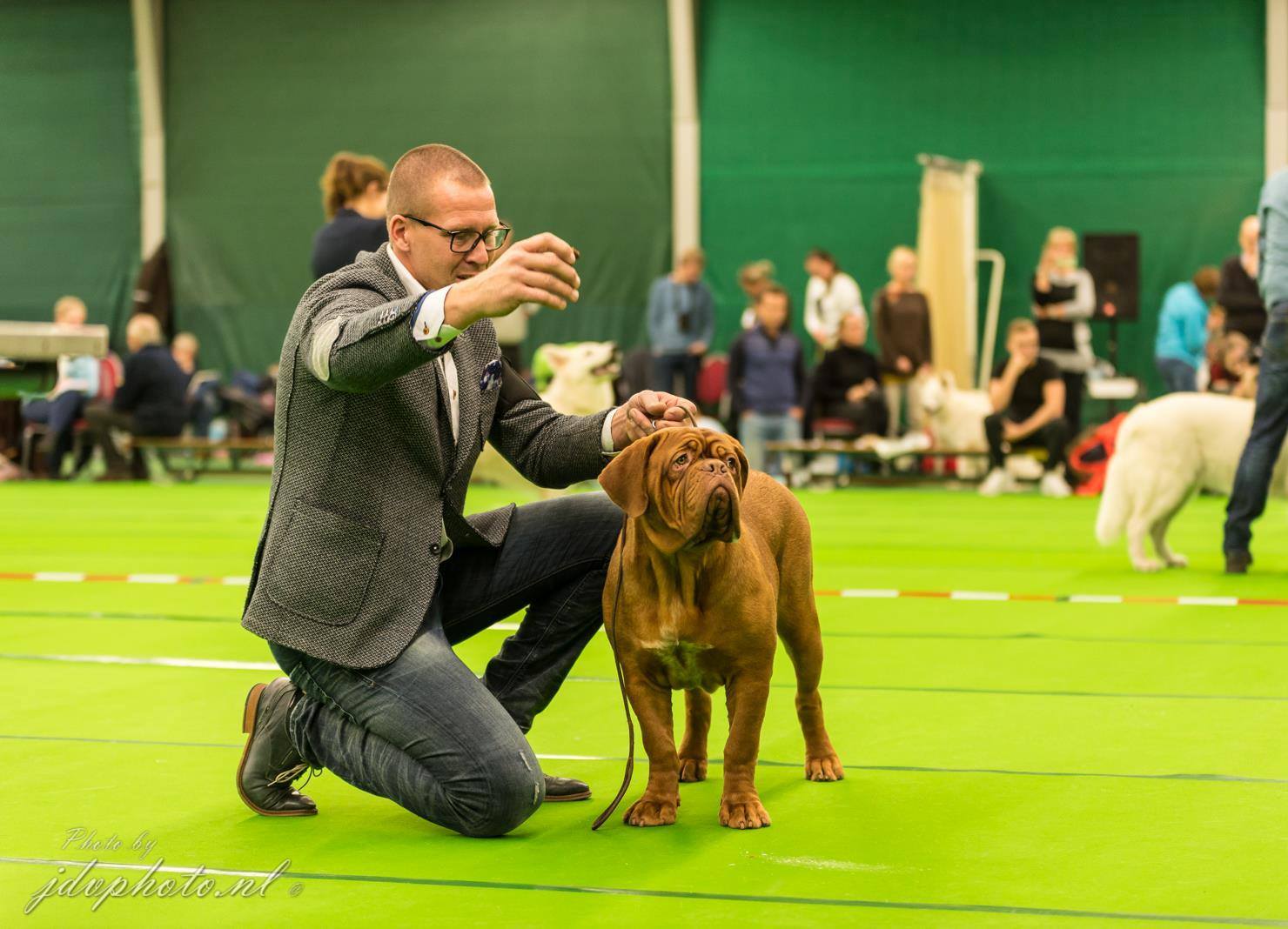 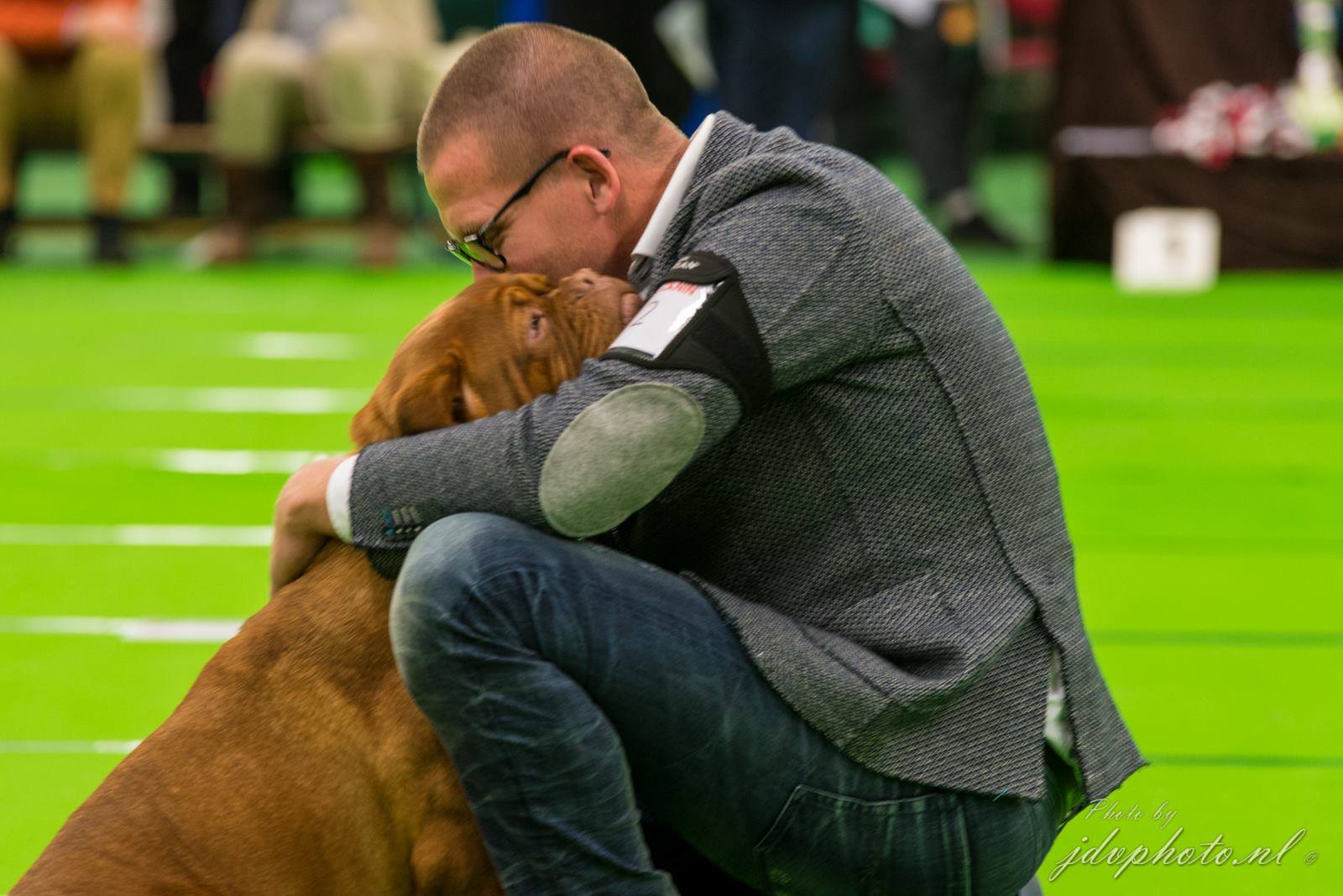 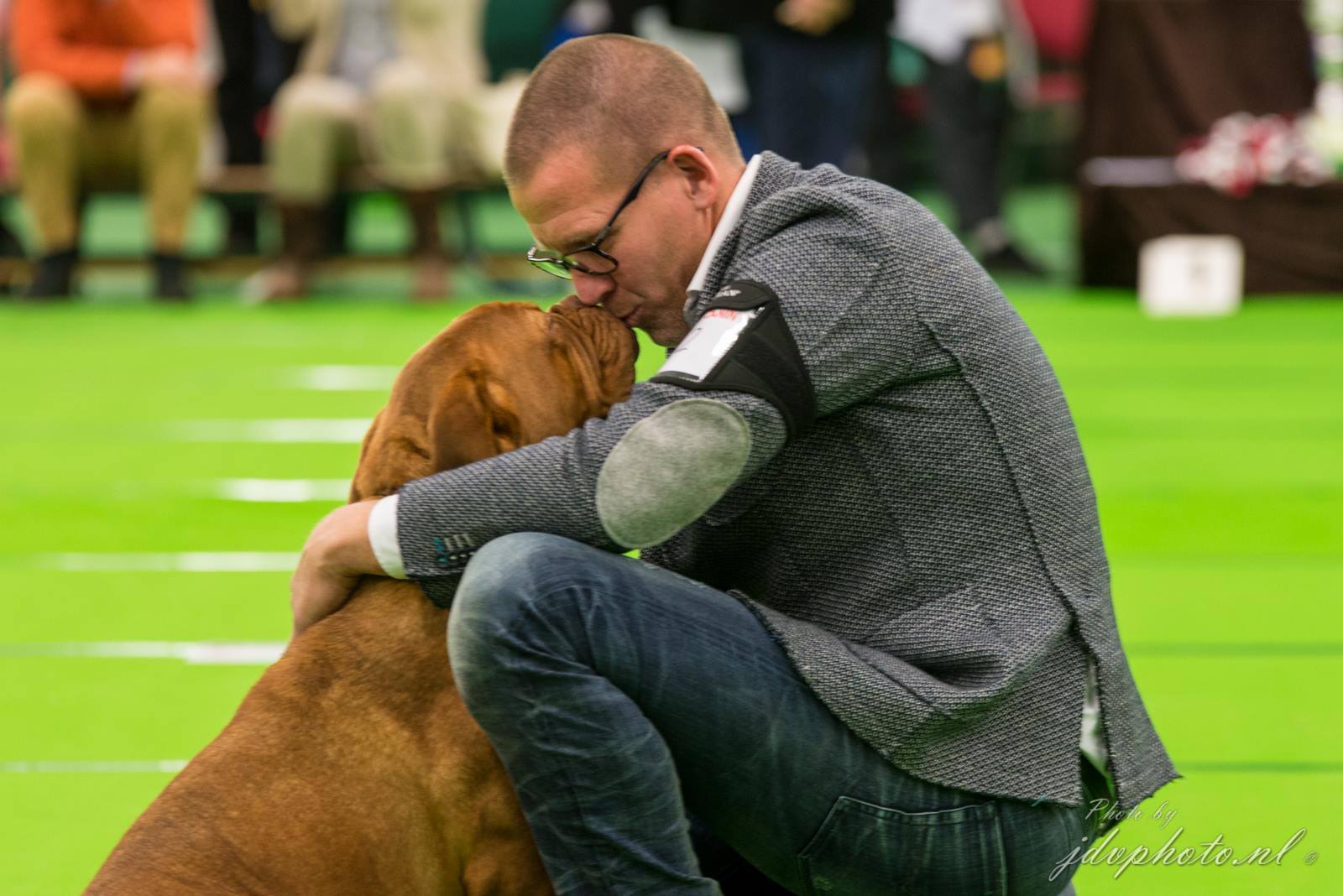 After a nice long summer almost without showing we entered the showring again on the International Dogshow Bleiswijk (Nl). We took our youngster Bakervill’s Style Mambo Jambo for the first time out in Puppy Class to train her, but it became something special. She became BEST PUP of Breed under Judge Mr. D. Baars – NL with a fantastic judgement report. 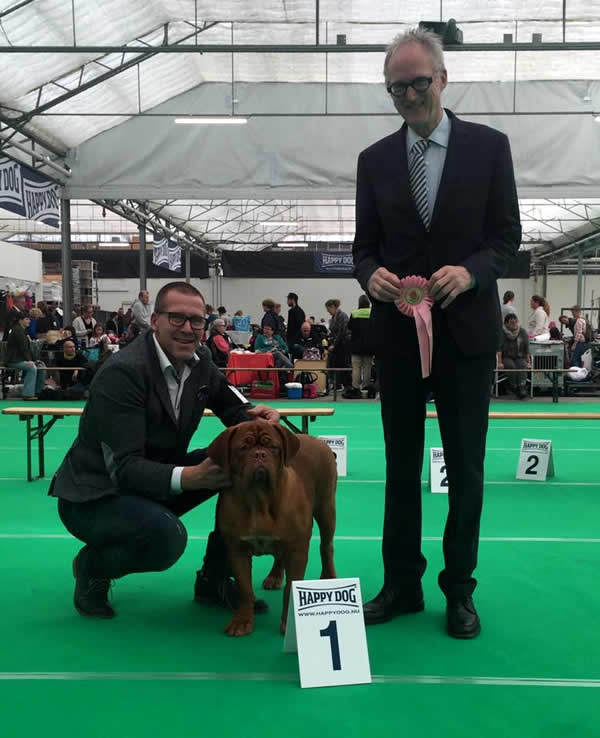 Later that day she had to compete against all other best of breed puppies in breed and she beat all the other dogs; 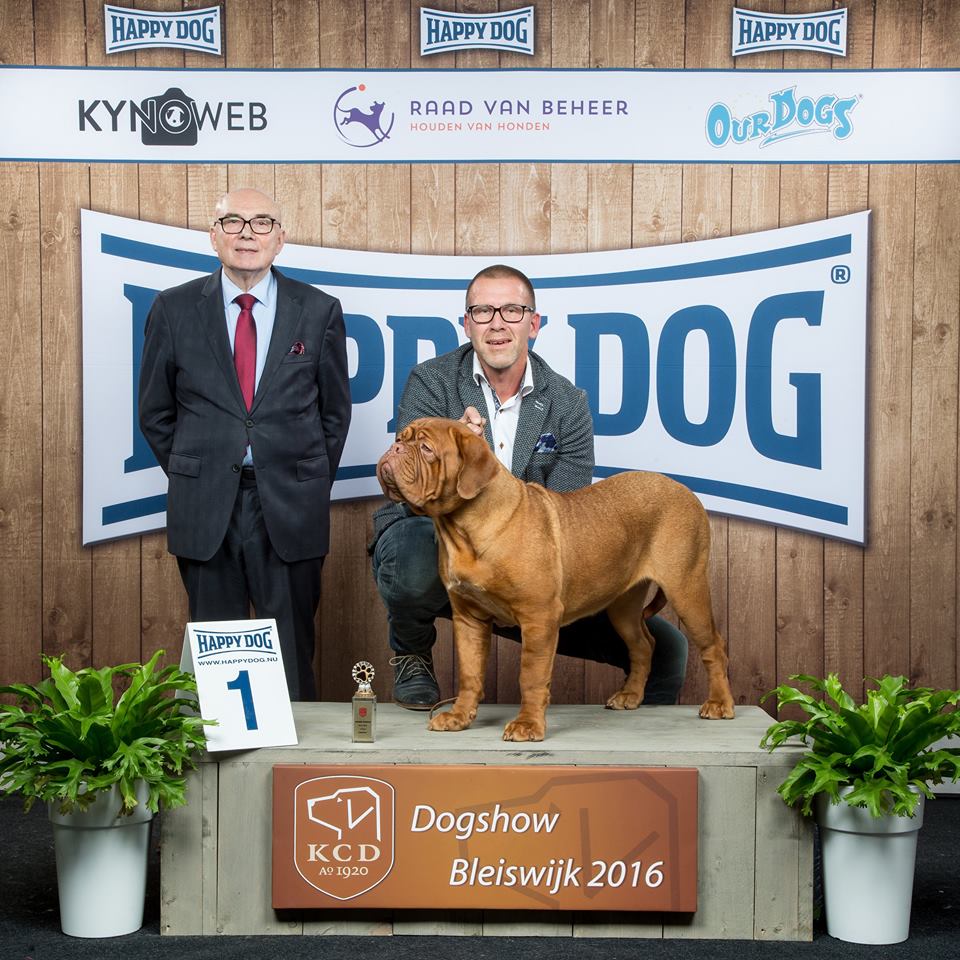 that made her BEST PUPPY IN SHOW.  Not too bad after our long vacation 🙂

Also a big thank to the best in show judge Mr. V.A. van Raamsdonk – BE. 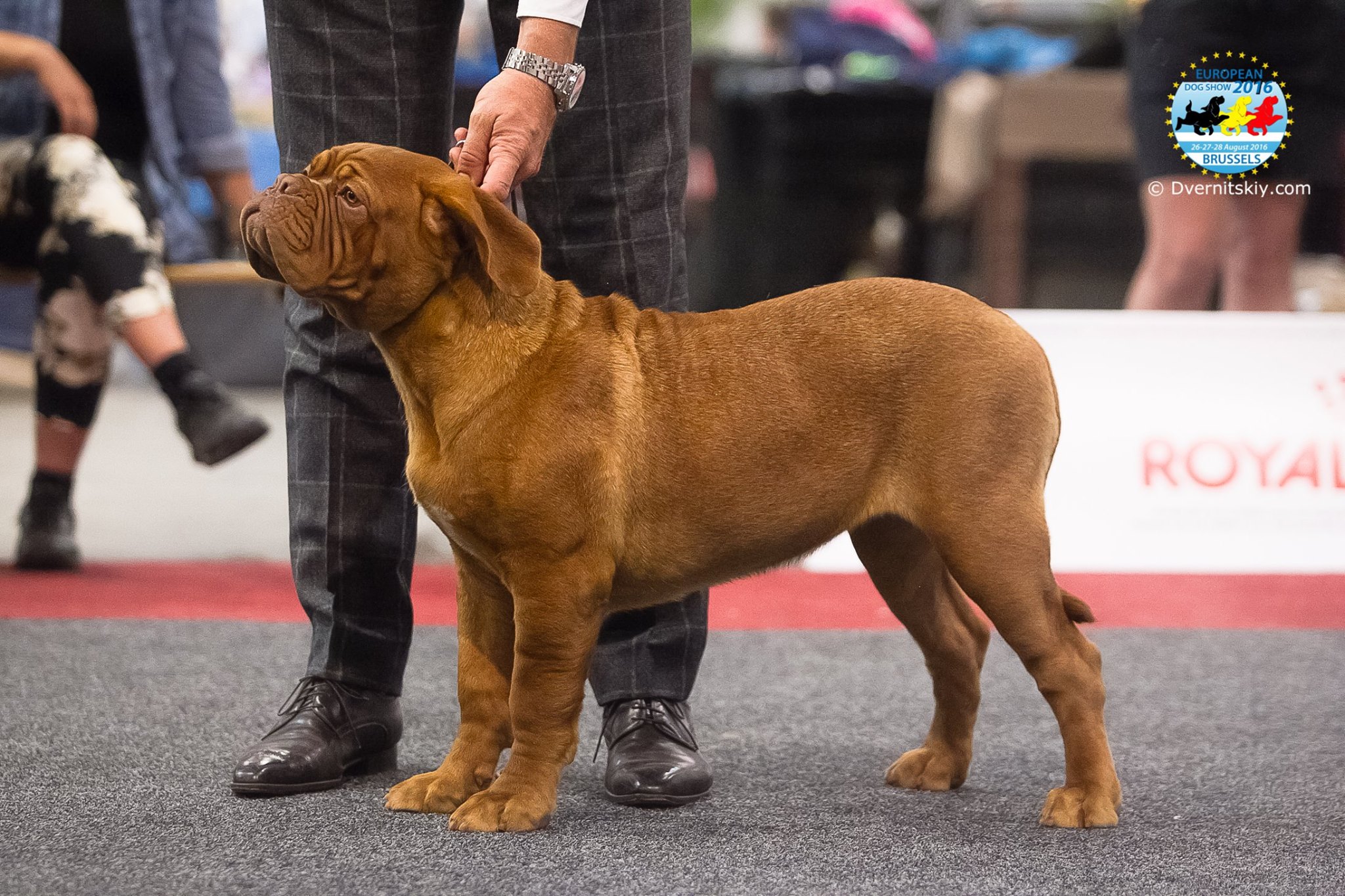 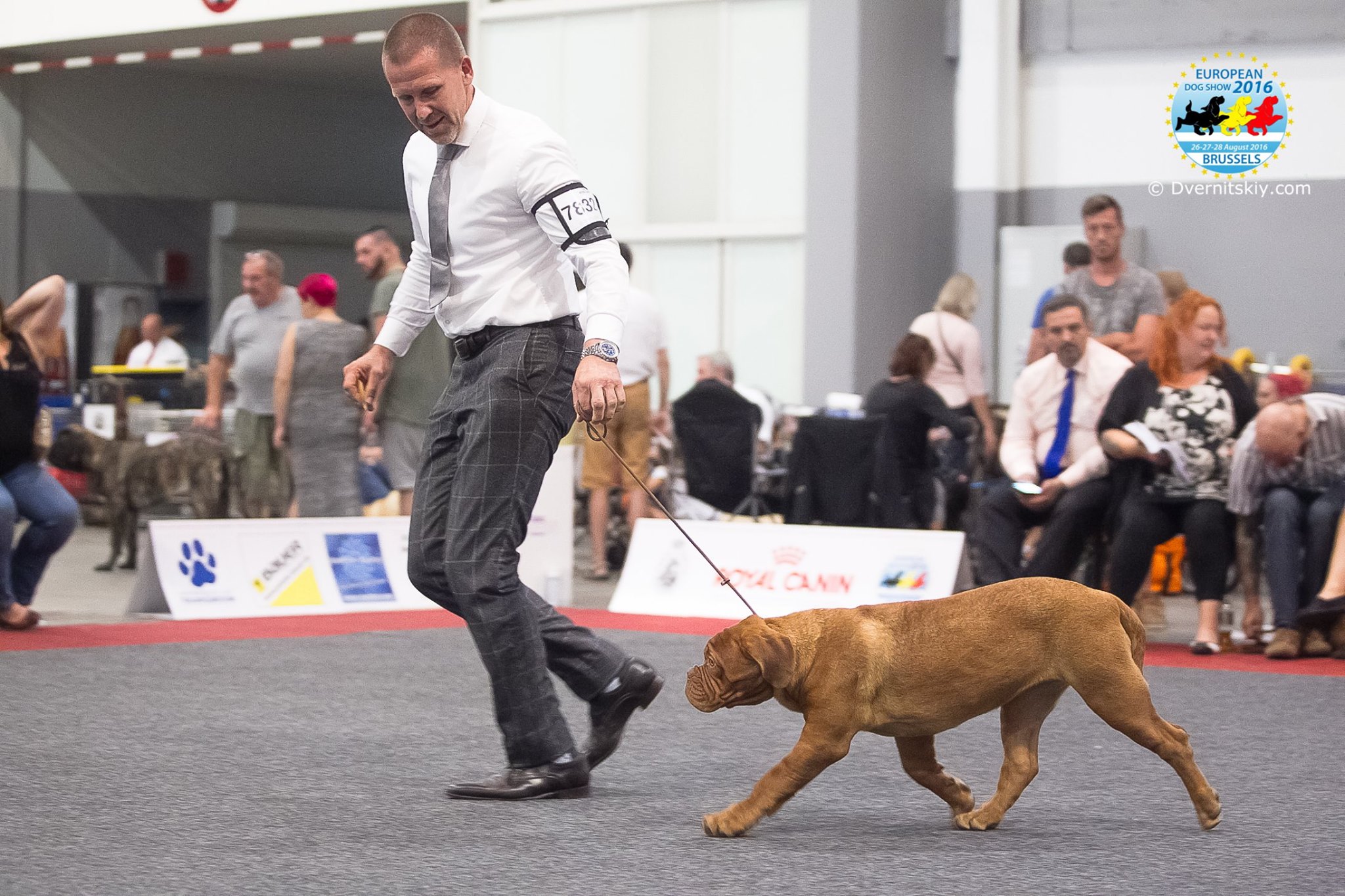 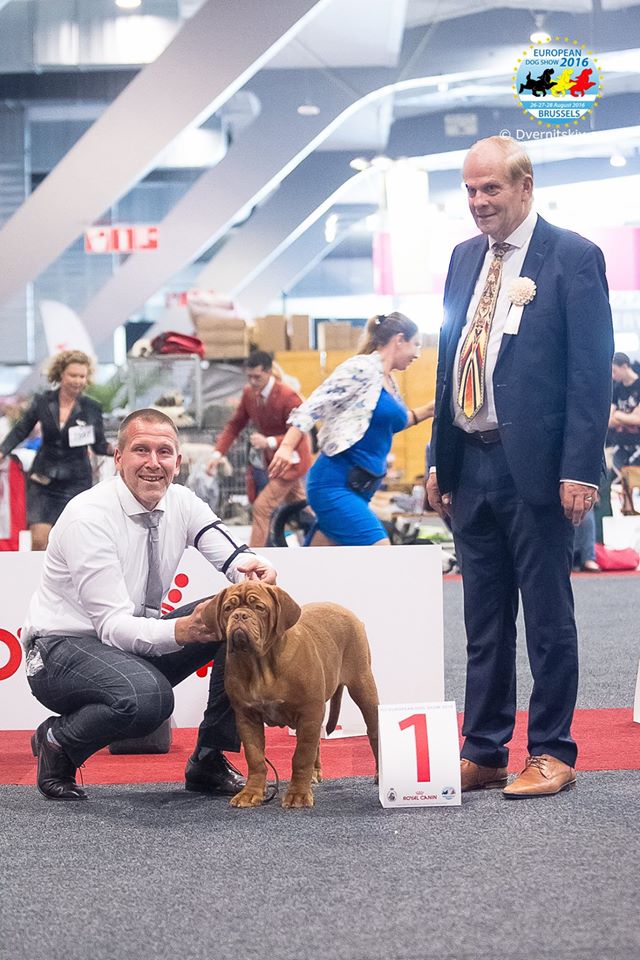 This was the first Indoor Show for Mambo and she did fantastic!

We want to thank Mr. P. van Montfoort for his lovely words about our young girl – we hope that his words will come true!!

Congrats to all other winners that day !!!

Thanks to Alexandr Dvernitskiy for the fantastic picutures 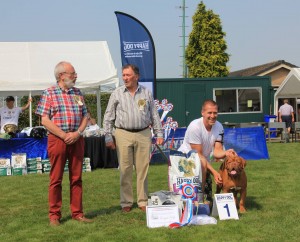 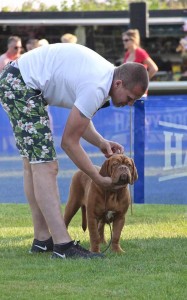 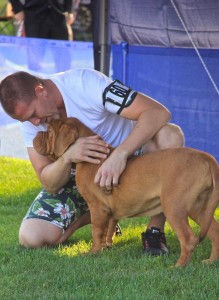 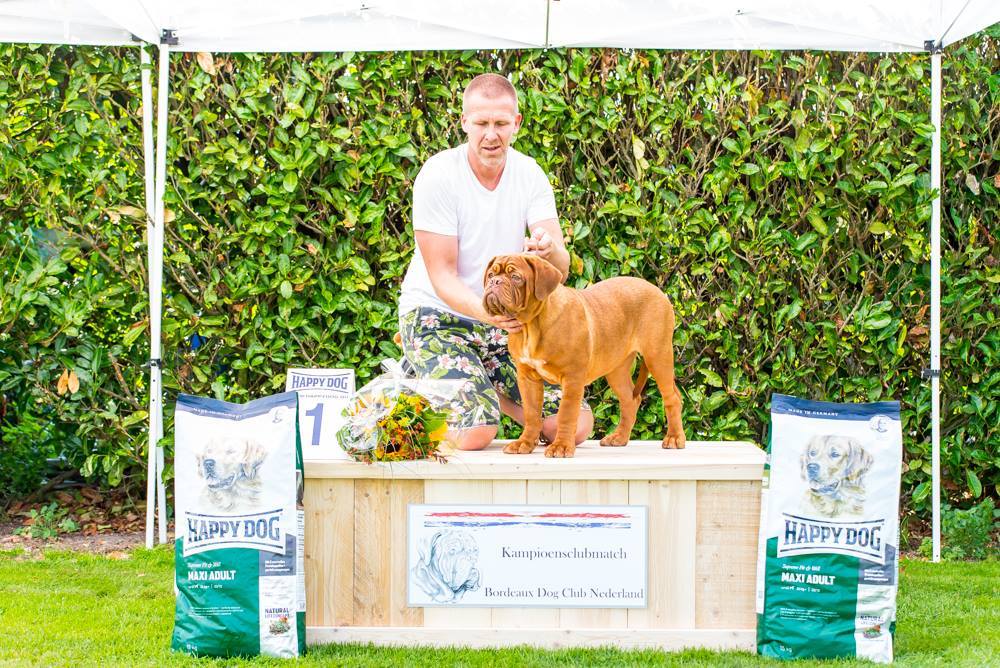 We are sooooo proud of these youngsters.

Thank you Irina Lapatina for making this possible.

Sunday, on the International Dog show in Utrecht (NL), a bi-annual show entered was – Bakervill’s Style Illuminati -Joe- He received a fantastic result! Joe became BEST MALE and qualified for the French Bulldog of the Year again, this show will be in 2017, Judged by Mr. Drs. H.O. Hoenderken (NL).

We & his owner  D. van Raamsdonk are very happy with this excellent results and the qualification 🙂 ! 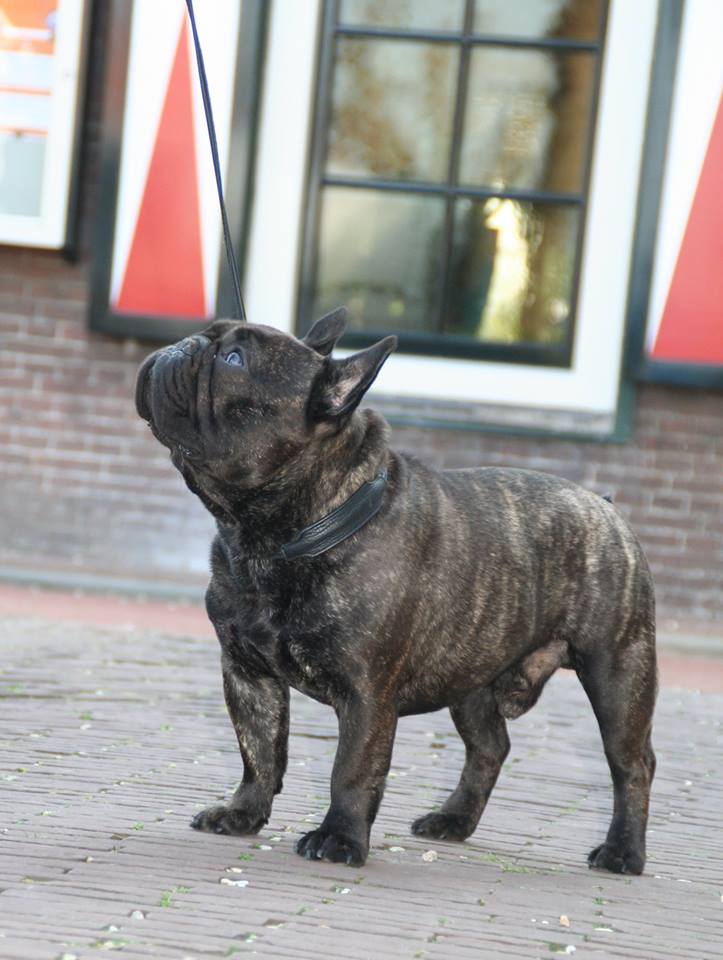 We even believe Joe is happy about it himself, he keeps on smiling the whole day 🙂 . Ofcourse it is also possible he just enjoys the Sunny weather today ♥ 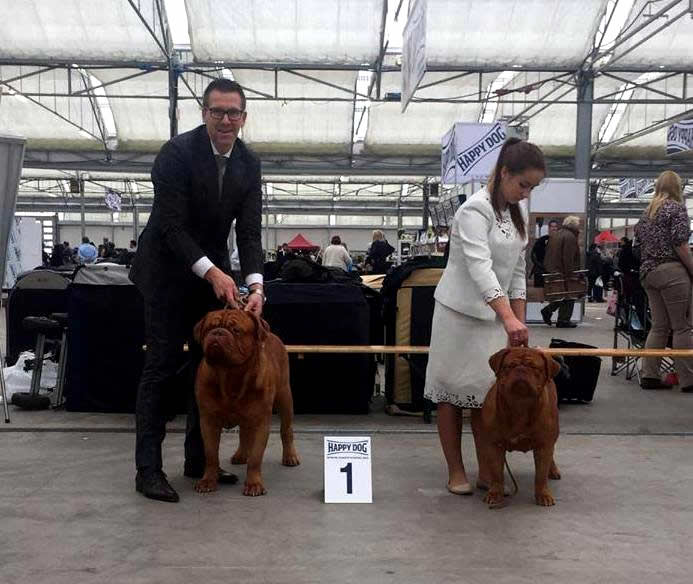 We are completely over the moon with an excellent result …. 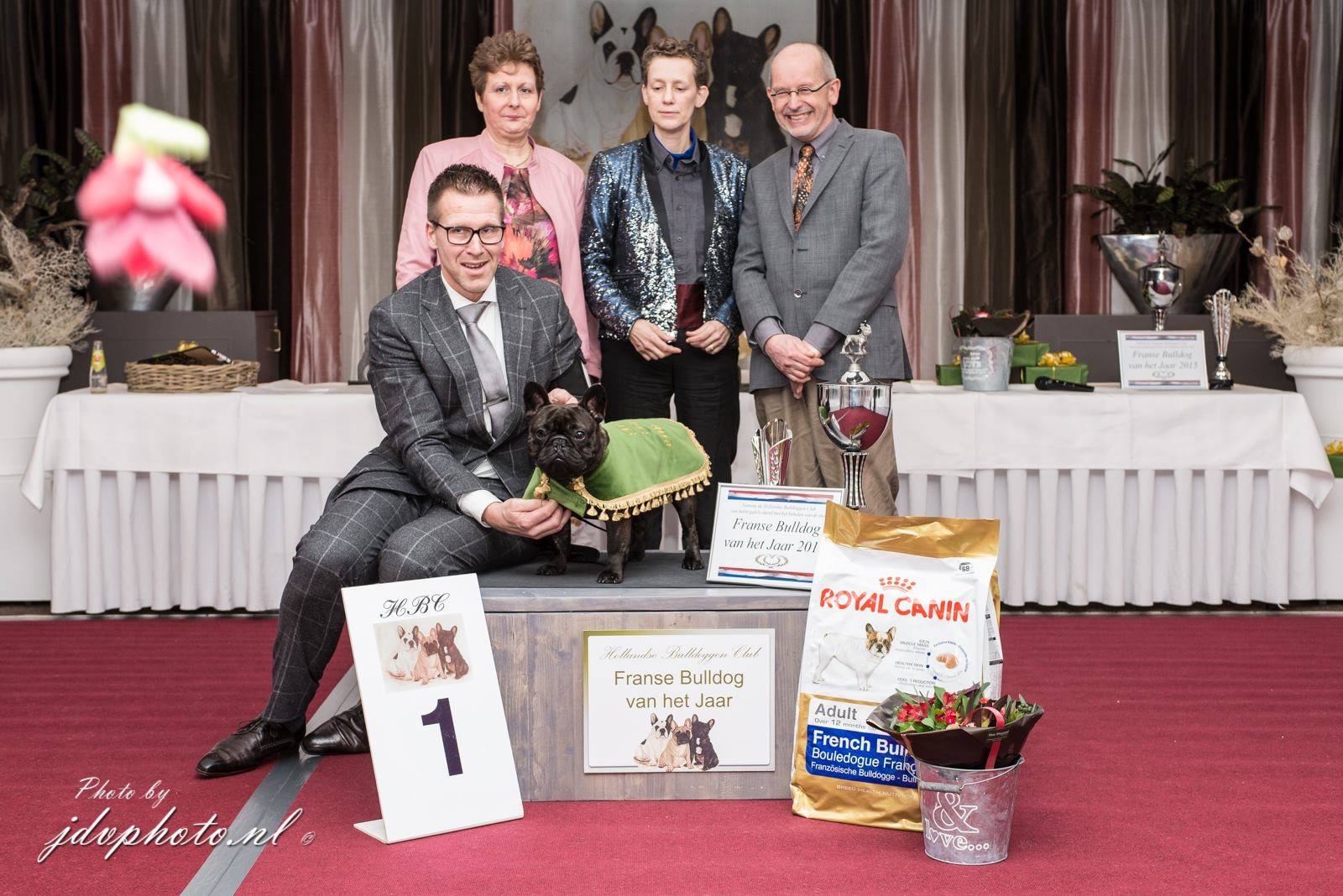 Bakervill’s Style Illuminati -Joe-, owned by D. van Raamsdonk- won this title, and he can proudly call himself Top French Bulldog 2015!
We are grateful to the three judges for their fantastic opinions about Joe!!

DUTCH TOPDOG OF THE YEAR SHOW 2015

After winning last year,  Bakervill’s Style Hot Chilli “Snap” won back to back Group 2 – 2015. It is a real honor to win the large FCI Group 2 on this exclusive show with only the top dogs from last years Dutch shows. Imagine the honor and pride we feel towards our homebred male SNAP to win the Group 2 years in a row! 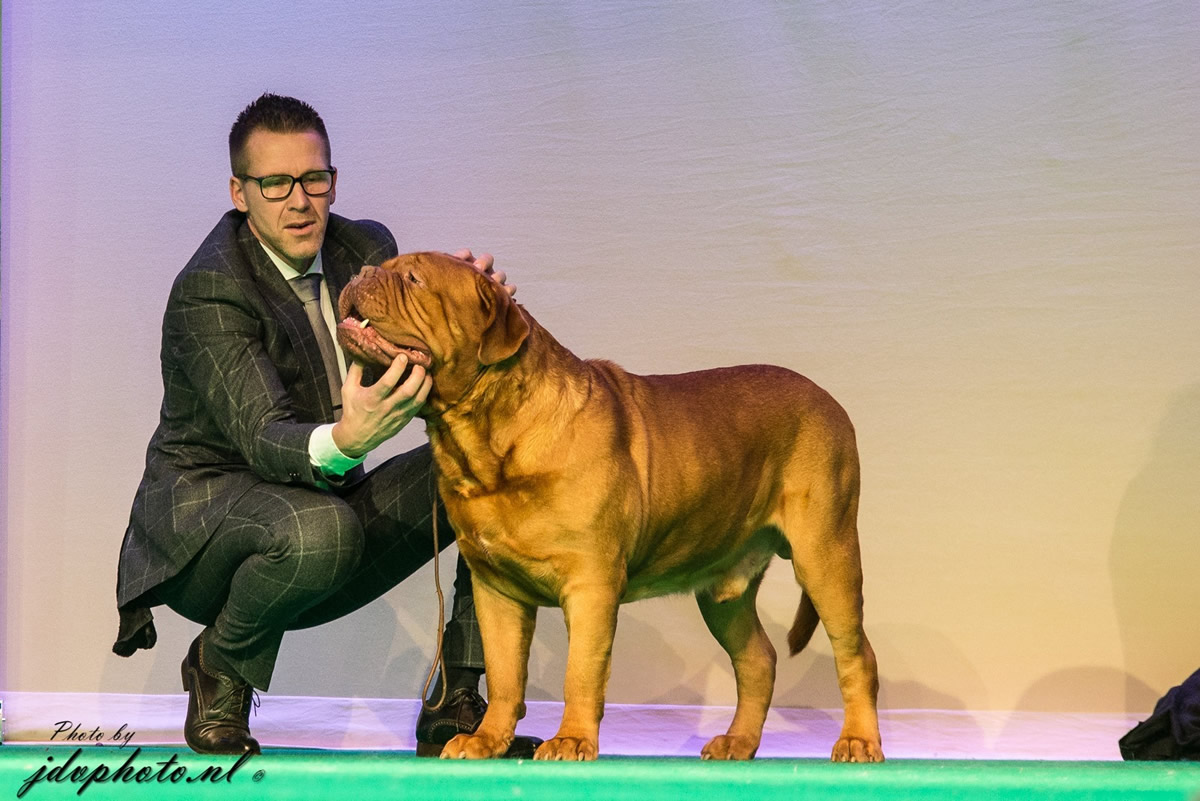 We want to thank the well-respected judge Mr. Jan Liet for his special words about our boy. Also a big thank to our photographer Jerry de Vries for these special pictures, and not to forget all the people who made it possible and supported our boy. We were invited for the Dutch Top Dog of the Year 2015 Show for the second time in a row with our boy Bakervill’s Style Hot Chilli “Snap”. For this -invitation only- show you have to qualify on CAC/CACIB shows during the year before, by getting placed in breed group 1st- 2nd or 3th or become Clubwinner in Holland. This makes this show a prestigious event for all breeds and breeders! Check our  New YouTube Chanel for video of this competition.