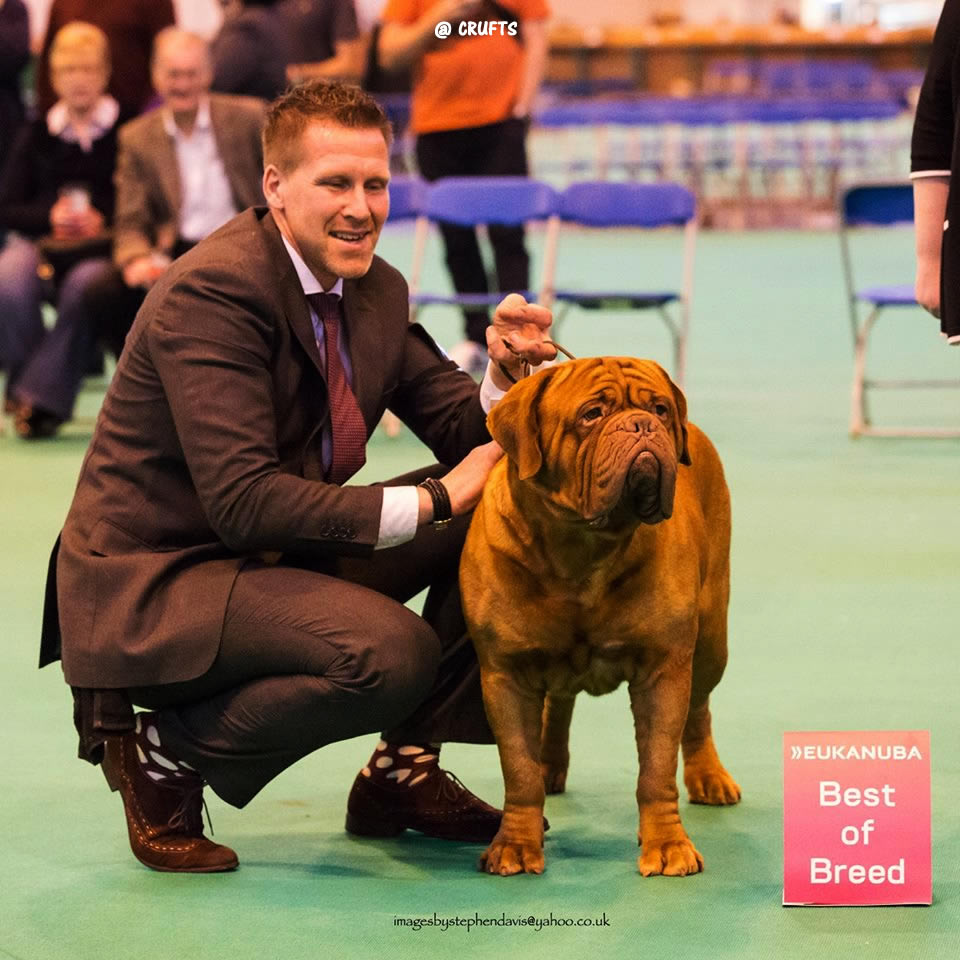 Our lovely Toto is born 23th of may 2010. His father is Midnight Express for Rozeldogue -Victor- and his mom is our beautiful Italian Toezzz-daughter Honey Bee del Tridentum. He comes from an excellent litter, with -besides himself- very nice brothers & sisters.

About his personality: Already at puppy age it was obvious Toto had his own special attitude; … look at me, this is me, worth having a look at,  confident and calm, a perfect dogue de bordeaux temperament in development.
He definitely grew out to be a dogue de Bordeaux with this perfect temperament; confident, calm and extremely affectionate towards us. A minor problem about his affection …. He shows his affection to everybody who enters our home and he demands to be around people visiting us. We cannot lock him out when we have human- or dog company in the house, he just demands to enter the room, jumping around in the dogues room, making noises, crying ….. well just a clown, until he gets what he wants, which is ….. jumping on the couch and laying down his head on our visitors lap, as if he says hi here I am look at me being a sweety …. He doesn’t realize his weight of about 80 kilo’s at all. But well the clown is forgiven for this minor problem. It is nice to observe Toto being the absolute leader of our pack of dogues with his confident and calm temperament.

Successes continued: Since Toto hasn’t reached the age of 27 months yet, he still is not a Dutch Champion, at that time, despite of titles already gained! Of course, since we are Dutch, this is an important title to us and at this point in the beginning of 2012 we can only hope he will have some more successes, especially after he reached this age -…. It’s funny to write this in 2016, because we already know what happened. Still it impress us so much that it is worth mentioning! Oke let’s try to remember. January 2012, At a Belgium show Toto not only became BOB, but also he was second in the Group. This FCI Group 2 is such a big group so it certainly is extraordinary to be placed so high in this difficult group. In the years to come, Toto has written many more show wins in his name, just too much to mention. We can also write lot about his most perfect temperament, but we decided from time to time one picture says more then 1000 words … who knows, maybe he steals judges hearts showing the typically ‘gentle giant’ dogue de bordeaux temperament, maybe it is his exterior qualities, our guess is, BOTH! 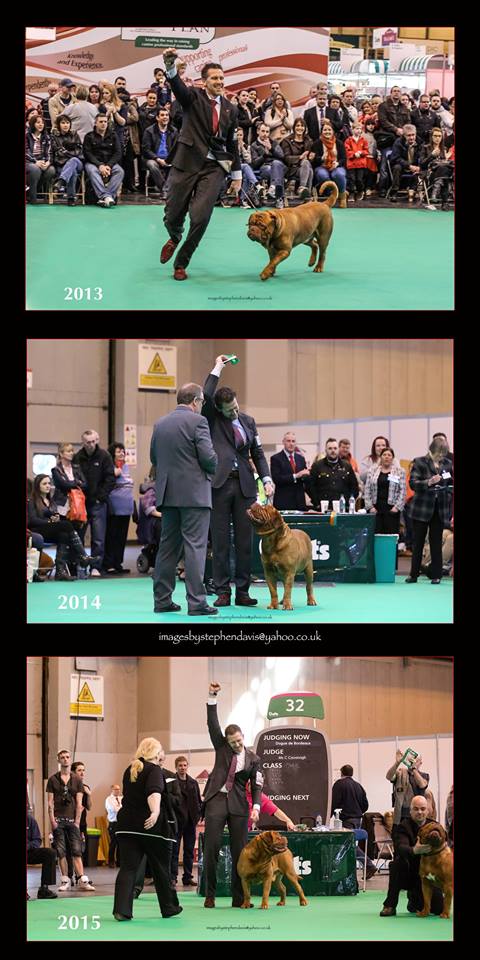 We could continue with so much more special showresults and stories of Toto,
but we prefer to end his story with mentioning those results in his show career
that are the most important and precious ones for us personally ……..

It is difficult to put in words how much this means to us.

After his 2015 CRUFTS win we decided to retire Toto from the showring.

In our opinion the best way to end a fantastic show career.

♥ Toto now spend his days in leading his pack ♥

To read  more about Toto just type his name in the search box on top of this page!