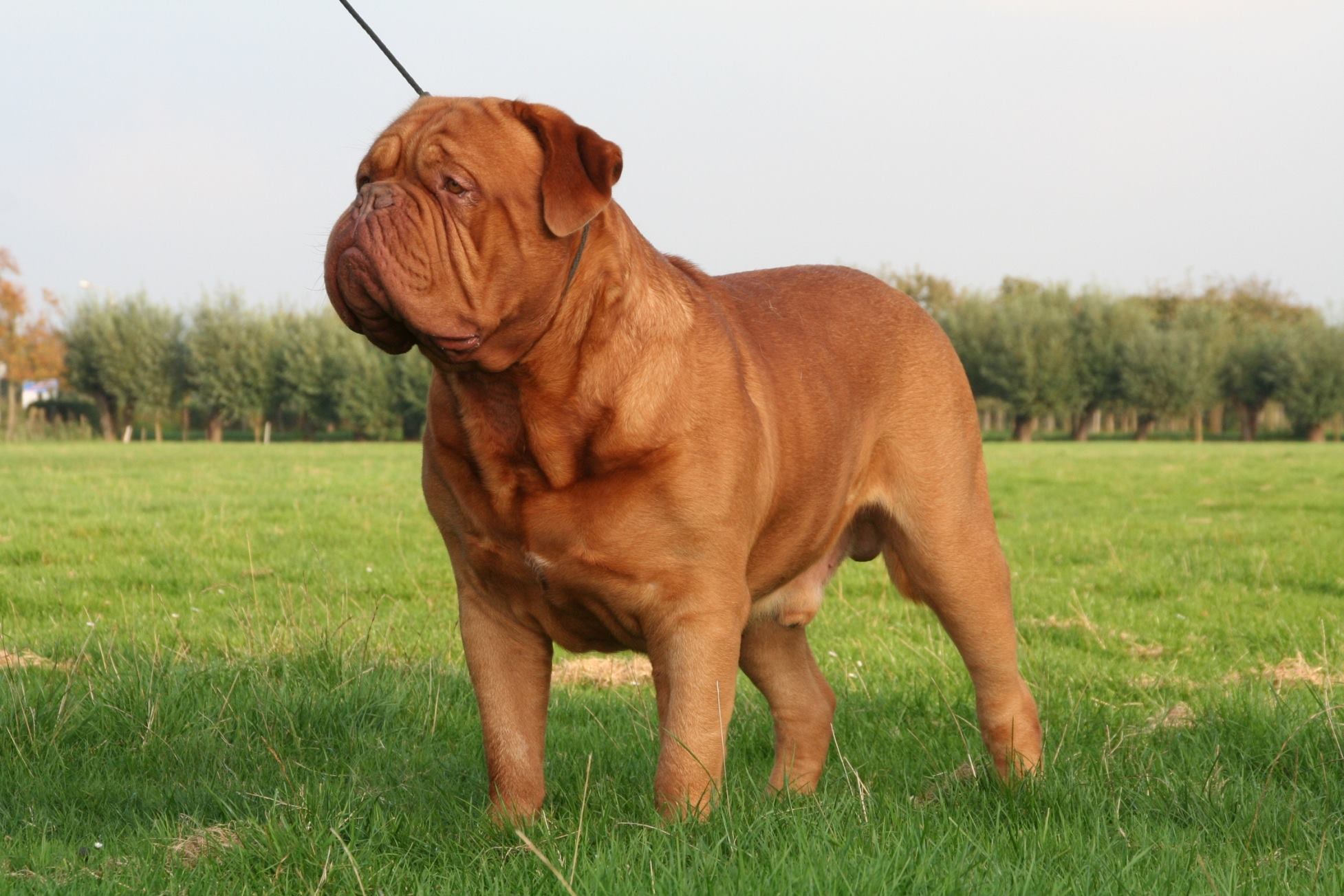 Snap  is born in may 2012, out of the combination Spirit Z Orisku X Bakervill’s Style Fear Factor -Nena- (litter sister to the world-famous Toto 😉  ), Time has learned it was an excellent decision to choose for this combination, just have a look at the archives.

In the meantime we would like to tell a little more about his personality. As you might or might not know every individual within a breed has his own personality, according to the breedstandard in one way or another, so we think it is nice to tell something about our dogues personality, so lets go!

Snap is a stubborn dog , he has a rather strong temperament, he likes to be on his own and he has a strong own will.

In a few words: Duhhh if I do not want to, I just will not, no one just can force me, it is that simple! ♥
He is rather lazy than tired (as we say in a Dutch expression). With this behavior he follows in his father’s footsteps. He doesn’t pay much attention to the rest of the pack,  he loves to lay on his back though, relaxing, with his legs up onto a wall.

Although he received the very best of the best results in his showcarreer, he sometimes is just not in the mood for showing and puts the brake on it, as if he says to Michel, not my decision to be here so, if you like to show today, you can show yourself, but not me. Haha such a typical SnapAction! Of course at the moment this happens it is not funny, but back home we accept and respect his action and enjoy it.

We like to mention a little more about Snap on Show:
We hoped he grew out to be a bit like his mother’s brother , but at the time writing -medio 2016- about him he maybe even have reached a bit of a higher level in Dogshow competition ♥ Never thought that would be possible.
At the age of nine months we entered snap on his first show in Groningen (NL), where he started his career with his first BEST MALE result, at that time we could not imagine how many more would follow …..
In april 2013, not even one  year old, we entered him in his third show. He gained the official title Dutch Youth Champion and even he had enough points collected for the Dutch Champion Title, but well 16 months to wait before he can receive this title because of the Dutch 27 months rule. Well much more can be written about Snap! For example he is the Group Winner at the Dutch Topdog of the year show 2015 & 2016. An unbelievably difficult task to complete in the FCI Group 2 with about sixty different breeds!! And two times in a row Well still a bit unbelievable for us. In our archives there is much more to be find about this show and of course about Snap!

Anyway, the above picture shows another beauty, at least that is how we feel.
In our opinion another gorgeous dogue de bordeaux!