We will reproduce some history & memories at a glance, as far as we remember

Puppies of our Toezzz-daughter Honey bee del Tridentum are born!!
The father of the puppies is Ben Dunning’s Midnight Express to Rozeldogue 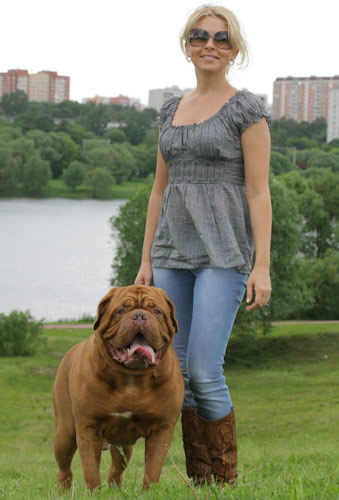 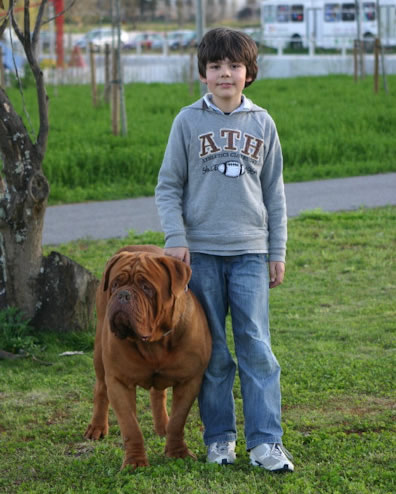 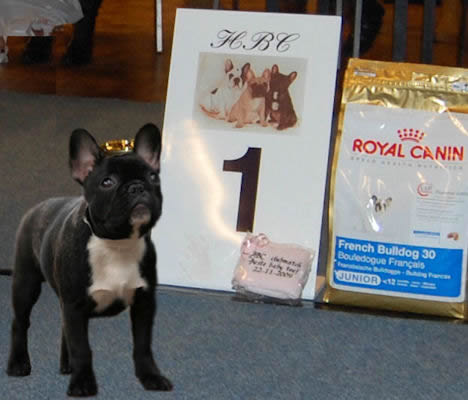 November: Proud of the results of our girls on today’s Winnershow in Amsterdam (NL) Honey Bee del Tridentum: Best Female Intermediate Class and Brandoux Black Velvet Blackx became second in Open Class with the Reserve Best Female. We are over the moon with our girls, especially in between the high-quality females they did a great job!

At the Clubmatch from the H.B.C. (Hollandse Bullendoggen Club) we showed our Ushi van Wilcora “Pip” for the first time in the baby class females. Ten high quality babies entered in her class and Pip became BEST BABY FEMALE at the age of only 5 months old. We are sooooo proud of our little princess. Judge: Mr. H. Hoenderken NL. 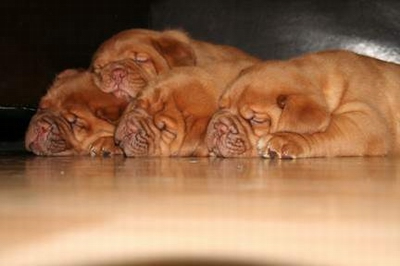 September:
OUR BLACK BEAUTY DID IT 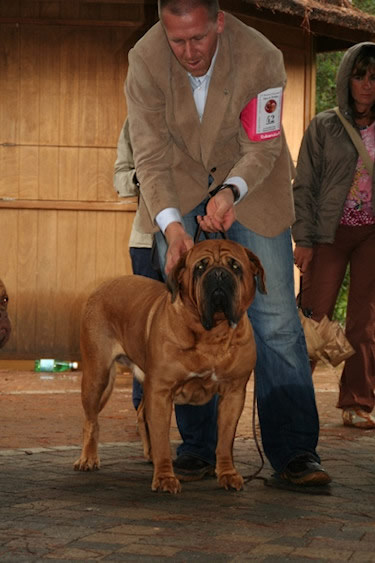 Last weekend we went to Italy for 6th Clubmatch of the Dogue de Bordeaux Club in Grosetto. It was the 4th time for us to be there…… and have had some really good results the times we have been in Italy; Brandoux Toezzz became Best of Breed, Brandoux Calaix became Best Female and this year Calaix’s daughter Brandoux Black Velvet Blackx became Best of Breed. We are soooooo proud  with these  wonderful results. Thank you Alan & Kerry for the co-operation with this wonderful breed. Our Honey Bee del Tridentum became second in her class with an excellent report. The kennel of our Honey Bee’s breeder became Best Breeder 2009, congratulations Roberto & Roberta !!!
It was a realy succesfull day for us……………!!!
Judge – Mr. J. Sanchez Pardo – Spain. 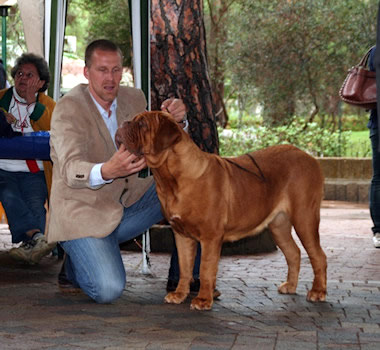 The first of september: 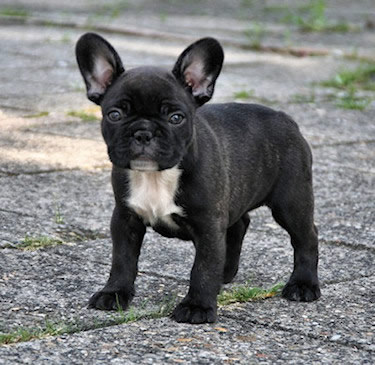 Finally Our NEW Arrival – This is our new Frenchie female – Ushi van Wilcora (we call her Pip). Her father is Charming Bulldog’s Frederic Chopin and her mother is Glenlee Dancing Lady. We are really happy with this girl and want to thank Will & Roos Schuurmans for the opportunity to have her in our home.

June: –  the Offspring Day from the German Bordeauxdog Club. It was a wonderful day with an excellent organization and a lovely barbecue. It was nice to meet all our German friends again…..!!!! Also the results from the day where perfect our Honey Bee del Tridentum became Best Female in her class from 15 – till – 24 months and later that day she became- JUNGHUND SIEGERIN 2009. Her halfbrother Bozzz Padrino Vom Nuthetal got the title BEST BREEDING DOG 2009. Daddy Toezzz would be proud again of his wonderful kids.

May: Another Best Female for Honey Bee del Tridentum; National show in Alkmaar (NL), after her Junior Dutch Championship Leeuwarden (NL), she now has her final point for Adult Dutch Championship at the age of only 15 months. Another year of waiting, according to the Dutch rules a dog can’t receive the championships title before the age of 27 months.  Obviously we are very very proud, Honey following her father -Brandoux Toezzz- in his footsteps, first four shows, 4 championships-points, WOW!! This on the age of only 15 months old;

A lovely day with our friends in Germany on the International VDH-Europasieger – Dortmund. Our Honey Bee del Tridentum EUROPA JUGENDSIEGERIN 2009.

At the national dog show in Arnhem – The Netherlands our Honey Bee del Tridentum did it again. Honey Bee got placed first with an excellent in the Junior Class and get the Junior CAC, later Honey Bee selected BEST FEMALE. This under judgement of Mr. D. Baars – Holland.

April: – Honey Bee del Tridentum became Best Junior on the International Show in Leeuwarden (NL), Judged by Mr. P. van Montfoort – NL, So after just 3 shows in the Netherlands she gained her title at the age of 14 months – DUTCH JUNIOR CHAMPION. We are really happy, congratulation to her Breeders Roberto & Roberta Manzola from Italy….!!!!  Thank you again for this wonderful girl. 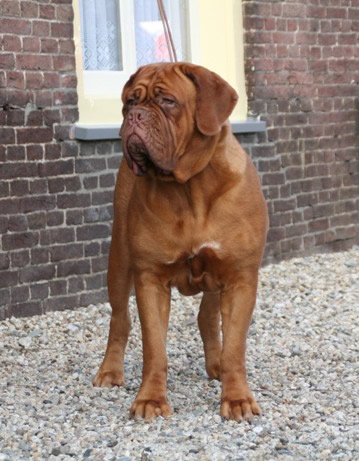 Christmas Show Wychen (NL), we entered our youngster Honey Bee del Tridentum (a Toezzz daughter from Italy) is 11 months and she is awarded Best Female!!

On the Germany Clubmatch Honey Bee del Tridentum was entered in the puppyclass and she deserved the title Jüngstensiegerin 2008 according to Mr. Bas Bosch and on the Dutch Clubmatch she was again awarded with a first place by Mr. Christopher Habig. 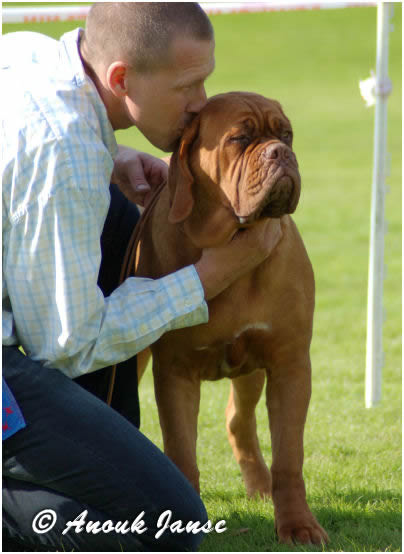 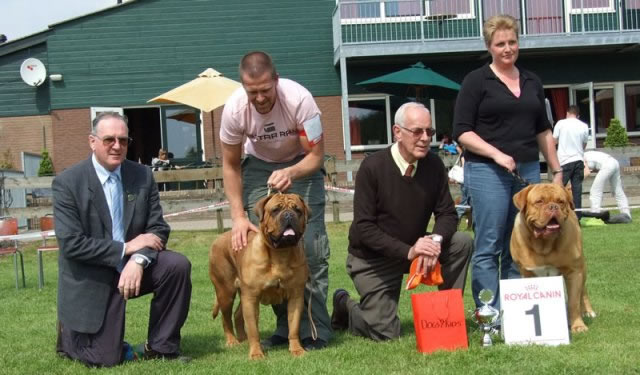 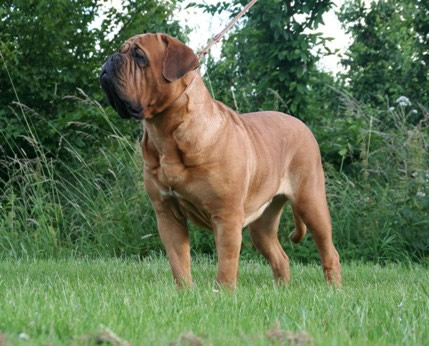 Picture of Blackx at the age of 21 months

We like to congratulate the owners Candy & Kathleen and the breeder of “Bozzz Padrino von Nuthetal” Ullrich & Simone
for the excellent results. 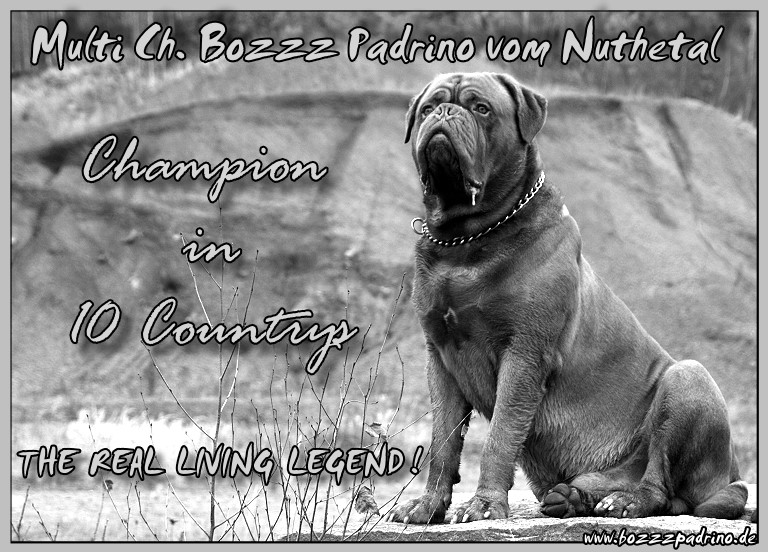 Bozzz is a son of our famous Brandoux Toezzz and he gained lots  of titles: 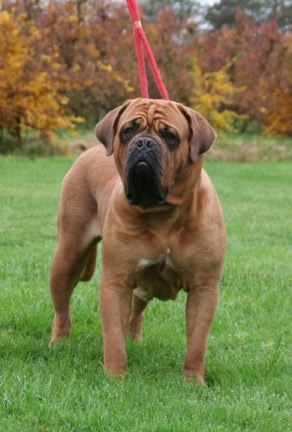 In november Brandoux Black Velvet -Blackx- was given the title YOUTH WINSTER 2007 by Mr P. van Montfoort (NL). and the Dutch Clubmatch in september, -Brandoux Black Velvet Blackx- became BEST BLACK MASK at the age of 11 months. She follows her father Cetje van ’t Bulscampvelt in his footsteps, he won this title 2 years in a row.

Since June of this year on Bakervill’s Style Visky is allowed to call himself European Champion, International Champion & Croatian Champion, next to his other championship titles..!! Vlad & Irina …. CONGRATULATIONS AGAIN WITH YOUR BOY…!!!.

We realized That The European championship of Visky is the third European Champion from our kennel in the last four years…. 2005 in Tulln (Austria) it was his mother Brandoux Calaix who did the same and in 2004 Brandoux Toezzz did the same in Barcelona (Spain). We are obviously very proud with these results. And we think Alan and Kerrie Bates are proud too.

Before the European Show in Croatia we payed a visit to our friends “the family” Glebov from Kennel de la Maison de Glebov. We had a lovely diner together with our (also invited) Greek friends, we had lots to talk about during dinner! It was also very nice to see the great dogues at their kennel.  Another fantastic weekend amongst dog friends. Let’s not forget to thank Rob & Simone van Os and Kees Melissant for spending a nice time together!

Best female on the international show in Zagreb (Croatia) was for 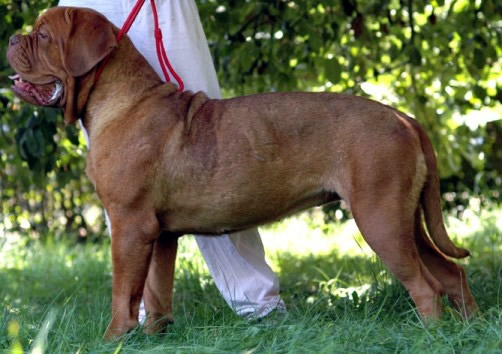 Bakervill’s Style Waitapu. We congratulate Ivan and his family with this excellent result.

Last for this year picture of Bakervill’s Style Bibi for Welldan – 6 weeks old – as you can see she has a bad life…. 😉 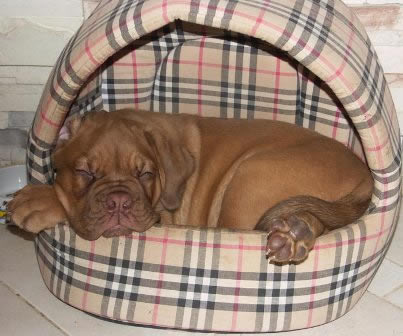 She is a pup out of Jacques von Butjadingerland X Bakervills Style Wild River. Vlad & Irina (Kennel Welldan) we wish you good luck with your new wonderful girl.

2006 Late December Vienna received her Dutch Championship Title. It makes her the fifth champion of our firstborn litter (2004). This really means something to us. 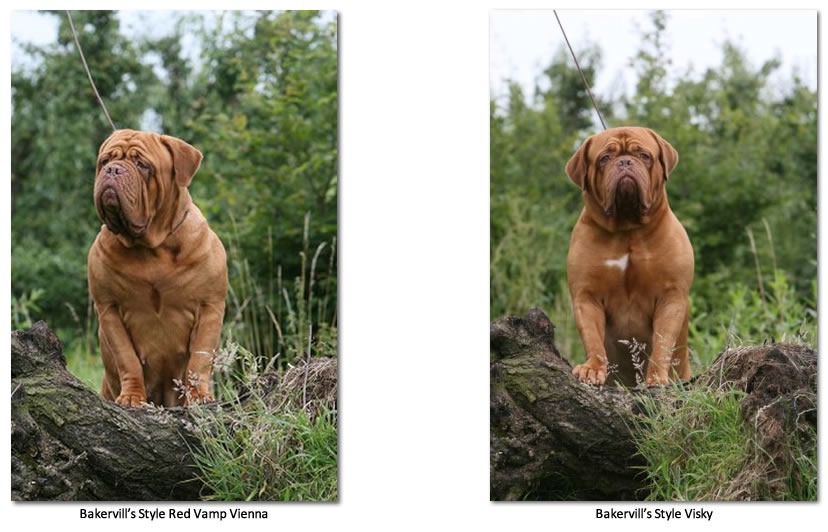 and the Champs are: 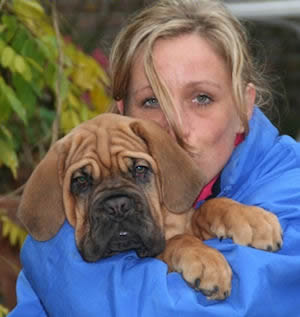 So Happy to have a new addition to our pack of dogues, her name is Brandoux Black Velvet Blackx and a daughter of the Beautiful Cetje van ‘t Bulscampvelt and our femal Brandoux Caliax. Since we co-own Caliax with Alan and Kerry Bates, this litter is born in the United Kongdom. We are extremely happy with this little blackmasked lady. On these pictures she is 20 weeks old. 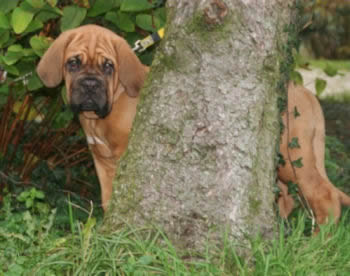 FRENCH CLUBMATCH  a third place Open Class for our Vienna, a nice results in a class with 52 competitors. 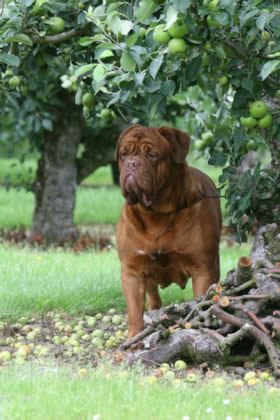 Ever wondered how our dogues spend their days at home?

Well ….  Vienna and River start playing their game: catch me if you can followed by: let’s see who is the first of us that jumps into the pool,

Honestly sometimes they do not make us very happy 🙂

We are happy this year Bakervill’s Style Visky is permitted by his Russian owners to have a looonngg holiday in our kennel, we can enter him in some shows ;-). We entered Visky & Vienna on the International Show in Goes (NL) and they became BOB & BOS. The  judge was Mme Denise from France. They did the same in Gent (Belgium) a few weeks earlier. Nice job at the age of 18 months!

2004, both Brandoux Toezzz & Brandoux Calaix gained the title Brussels Winner (Belgium). And this year was also the year of the birth of the first 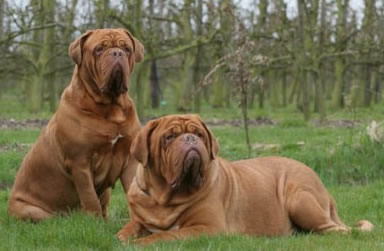