We are very proud to have had Hooch with us..
he was such a beautiful and lovely dog…
– Never to be forgotten – 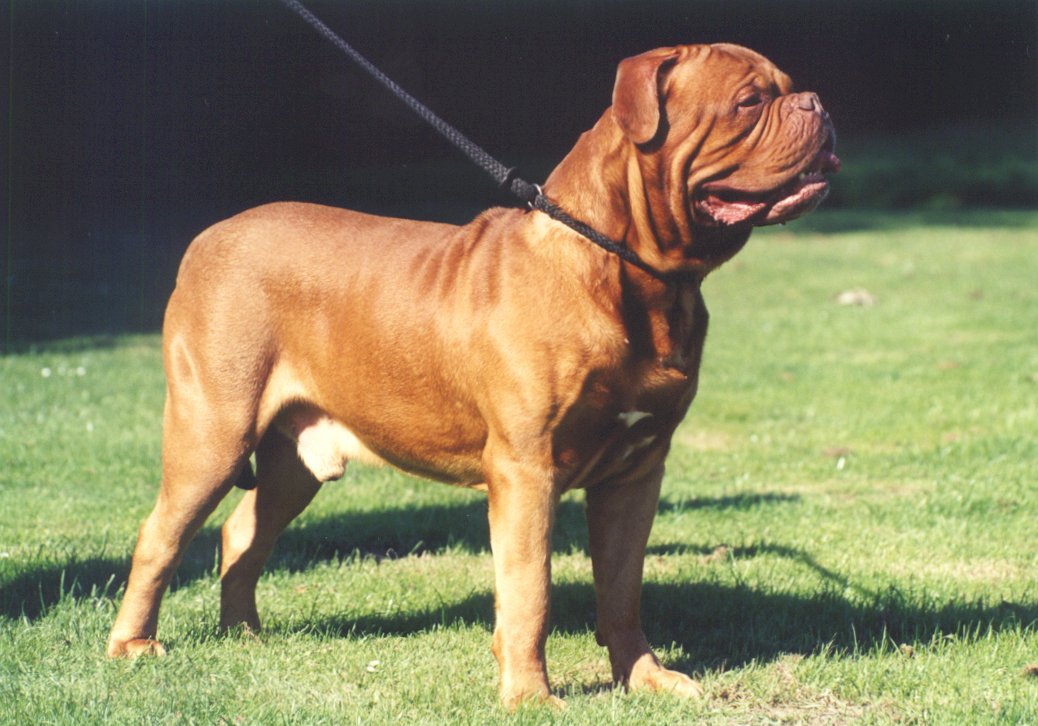 Hooch was our first dogue de bordeaux, born in November 1996.  His father was Bumper and his mother was Ayla van de Bargefenne.
Hooch was just like a dogue de bordeaux should be, with a super relaxed temperament, very muscular and strong bone. He brought lots of joy in our lives.

It was on the International Dogshow in Maastricht in oktober 2000 that Hooch gained his title Dutch Champion with a Best of Breed. At that time we were so very proud of our boy  ♥ Our First Dogue de Bordeaux and our first Dutch Champion♥

We are happy to have some fantastic pictures of him, made by the wellknown Rolando Balestrini (It). (Imagine at that time the digital camera was making it’s entry and it was not common having lots of pictures taken by many dogfanciers.)

Hooch was an excellent producer. We will mention some of his offspring:

And of course Brandoux Toezzz, again some of his impressive results mentioned 🙂 :